Microsoft recently released more information at their Windows 10 event at it has gotten a lot of users excited for a number of reasons. This version of Windows hopes to appeal to a wide demographic from business user to connecting gamers in new ways.

Microsoft has announced that Windows 10 will be a free upgrade for Windows 7 and Windows 8 users once released. Apparently the offer will be open for the first year of Windows 10 being on sale. This is a big surprise and unlike anything that Microsoft has done before but with fierce competition and the increasing popularity of Macs and Mac OS, it’s to be expected.

As mentioned, Mac OS has been gaining popularity as the OS has been significantly cheaper than Windows for years and is now free for the most part. Also, Apple’s attempt at better connecting their ecosystem has resulted in many users picking up other devices made by Apple to make use of the connected nature and appeal of iCloud. Microsoft is trying to better connect their users too by adding a number of different exciting features to Windows 10.

Microsoft have announced they are working on a new browser ‘for the modern web’ . A more in depth rundown on the ‘under the hood’ features of the browser can be found here. From what has been identified with current previews, it’s safe to assume a large performance increase with the new browser. Also Cortana will be integrated into the browser too which is similar to Siri but for your PC. This feature will also be built into the search function on the OS for searching by document type or the date that you saved your files for example. Internet explorer will also be included in Windows 10 for those of you that prefer Microsoft’s regular browser.

Windows 10 is said to be more social and interactive than ever. Hopefully this won’t mean forcing social media applications onto a none-keyboard system such as the Xbox. What we can look forward to though is having an Xbox app available on Windows where you can call other friends currently on the Xbox and have conversations with them as well as see the game ‘activity feed’ listing recent gaming moments captured via the Xbox. This is one step closer to cross-platform compatibility and hopefully we’ll see Microsoft venture even future in the future with more cross-platform games. Microsoft has said that they will also add functionality allowing users to stream their games to PCs and tablets too. Microsoft has also said that Windows 10 will come with DX12 compatibility which is showing huge performance gains for CPU heavy gaming.

For the workplace – Microsoft Surface Hub

Another announcement was the surface hub – a new device that is said to ‘unlock the power of the group in the workplace’. It’s an 84 inch 4K display and has a way of detecting users that are in the area by using sensors and 1080p cameras. There is also said to be a 55 inch version available.

The device will be able to capture gestures and isn’t too far-fetched to imagine these being commonly seen in every meeting room in the future making use of Skype and modified versions of Microsoft’s Office package as well as just using it for video conference calls and has the ability to present whatever you have been working on very effectively and conveniently.

This is a game changer that will be released at some point within the Windows 10 lifetime. So what is it? HoloLese seems to provide a augmented reality experience which we are used to seeing in movies such as Minority Report and Iron Man where holograms are used for projects and are seamlessly integrated with the real world.

It seems to work as you’d expect – with a wearable headset that is wireless and is able to process a lot of data very quickly allowing the augmented experience to be super low latency making it ‘fit’ well with world around you.

If Microsoft nail HoloLense, it transform collaborative projects via augmented reality and take  3D design to new and interesting places. It should also work well with 3D printing allowing you to print your creations from the semi real world of augmented reality to the real world in a matter of seconds. You can see more of HoloLense here.

You can also see a brief run-down of the announcements in video form via The Verge’s YouTube channel. 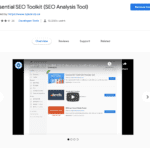