Why does crypto have value and how does this compare to Fiat money?

As the world becomes more digital and virtual, Cryptocurrencies like Bitcoin and digital currencies are the next stage in the evolution away from traditional Fiat currency. There are many advantages of cryptocurrency over FIAT and reasons why it is considered to be a valuable asset to own. 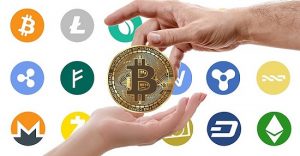 Both Bitcoin and precious metals have real-world applications and uses which make them valuable:

Other cryptocurrencies play different roles, but they all tend to have similar characteristics, often having a limited supply and applications which make them useful.

How is Bitcoin different from FIAT?

Fiat on the other hand is money and has no intrinsic value these days. This was different back when Fiat was backed by gold (the “gold standard”) as its value was measured in (and backed by) gold. Ever since the gold standard was abolished, the value of Fiat has been in the hands of governments, and whilst it has a perceived value, its intrinsic value is no more than the paper it has been written on.

Fiat is also subject to quantitative easing (increasing the supply of money) often to help combat a financial crisis. This has the overall effect of keeping the economy safe but also lowers the value of the money in circulation and often causes an increase in inflation, meaning our traditional Fiat currency (or cash) becomes worth less than it did previously.

Bitcoin on the other hand is not only limited in its supply, but it also has a halving event where the reward for mining Bitcoin is reduced by half. This in turn halves Bitcoin’s inflation rate and halves the circulation of any new bitcoins.

For this reason, cryptocurrencies like Bitcoin are often purchased as a way to combat inflation as well as for their intrinsic value and growth potential. Whilst Bitcoin isn’t technically deflationary, it’s clear to see the price of each Bitcoin compared to the US Dollar is clearly growing with time – and at an exceptional rate.

Other advantages of cryptocurrency over traditional FIAT

Currently, the financial sector across the world relies on other trusted third parties to maintain a comprehensive record of all financial transactions. For instance, when one does any transaction at the bank, their system maintains a record of the transaction. Intermediaries like PayPal, banks and other key players of the current financial system play a significant role in regulating global financial transactions. However, the important role that these third-parties play also has several challenges and limitations.

Limitations of the current financial system

Let’s quickly dive into the challenges:

How does Bitcoin solve these global challenges?

So, how does Bitcoin solve the challenges concerning intermediaries in the financial sector? In 2009, a group of programmers (or an individual programmer) under the name Satoshi Nakamoto launched a peer-to-peer digital cash system called Bitcoin. Bitcoin went on revolutionise the entire financial system by bringing in “freedom of money”.

Bitcoin, as well as being a store of value, for the very first time in history allowed individuals all over the world to exchange value on its secure blockchain system without any other third parties or intermediaries being involved. Bitcoin ensured that common people could directly pay each other directly, bypassing institutions, obstructions and third-party fees.

Blockchain: the secret behind Bitcoin’s success

This ensures that fraudulent and false transactions can never take place through the cryptocurrency system, allowing blockchain technology to bypass the need for intermediaries without compromising basic financial transaction security.

How does all this work?

If you are still wondering how this works and why it provides a better system, read on:

During the early stages of Bitcoin, a few users were working together in mining the very first blocks and validating BTC transactions by operating BTC mining software on their PC. But as more and more users started mining Bitcoin, the level of competition and ambition increased, meaning more powerful mining computers were needed to continue earning Bitcoin.

This led to the invention of specialist “ASIC” computers for mining Bitcoin and the Bitcoin Gold Rush began, making it extremely difficult for ordinary people to contribute and benefit from Bitcoin mining. ASICs have also contributed to significant environmental concerns because they consume large amounts of energy and computing power due fulfill their role.

These days, the only real options users have to own Bitcoin are to:

Alternatively, you can look further afield and consider alternative cryptocurrencies to mine. Currently, Ethereum is a popular choice as it’s more profitable than Bitcoin and can be mined using standard computer systems, GPU rigs, and of course, ASIC miners. Lots of other popular cryptocurrencies like Ravencoin, Litecoin and Bitcoin Gold can also be mined.

Here at Opace, we always recommend investing in GPU miners – you can read more on this here: https://www.opace.co.uk/crypto/faqs/why-choose-gpu-mining-computers-over-asic-miners

We are enthusiastic about all things crypto! Start your own crypto journey when you contact us. We have a range of crypto mining servers that will kickstart your cryptocurrency journey and allow you to take advantage of this phenomenal opportunity.

Contact us to order your crypto mining rig today